We’re rolling into 2018 with lots of fun events on the calendar in the Roanoke Valley in Virginia’s Blue Ridge Mountains!

It’s a busy month for sporting events, concerts, and some unique food & drink events, and you’ll definitely want to save some of these special occasions on your calendar.

Here are 25 of the biggest events happening in Virginia’s Blue Ridge this January!

2. No Limits! Monster Trucks: Featuring Bigfoot & RoboDragon
Salem Civic Center
January 5-6
Bigfoot, Equalizer and all your other favorite monster trucks will be on display for two nights of shows at the Salem Civic Center. You’ll also get to see RoboDragon, a fire breathing mechanical dragon! #Dracarys 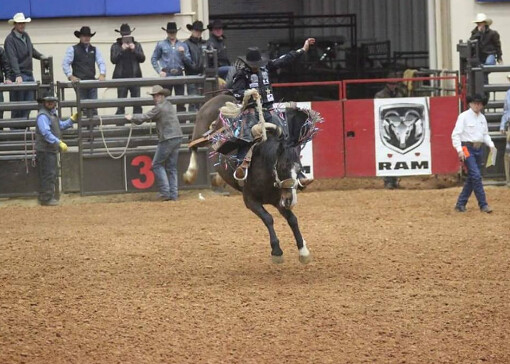 12. Wine + Dine
Taubman Museum of Art
January 18
Get ready for an amazing evening of wine, food, and art at the Taubman Museum of Art’s Wine + Dine event. There will be a private gallery tour from artist Joan Tanner, a reception with live music, and a gourmet meal expertly prepared by a head chef and wine sommelier.

16. Greater Virginia Bridal Show
Berglund Center
January 21
Speak with local vendors, venues, and other wedding professionals from Virginia’s Blue Ridge who can help you create the perfect day for you and your future spouse.

18. Alarm Will Sound: 1969
Moss Arts Center at Virginia Tech
January 25
Alarm Will Sound is a 20-member band that performs a variety of musical styles and songs. “1969” focuses on many of the iconic members of the music scene in the 1960s, including The Beatles, and the role it played in the world during that era.

19. Take Me to the River Live!
Jefferson Center
January 26
“Take Me to the River” is a musical journey through the South that showcases the soul and sounds of Memphis blues and the Mississippi delta. The show is headlined by Grammy winners William Bell and Bobby Rush, as well as Memphis music legend Don Bryant.

22. Party Ride!
Downshift Bikes
January 27
Just because it’s winter doesn’t mean we put our bikes away in Virginia’s Blue Ridge! Downshift Bikes is hosting a Party Ride on January 27 and all are highly encouraged to come ride with lights and other obnoxious attire and bike accessories for this group ride.

24. LA Theatre Works - "The Mountaintop"
Moss Arts Center at Virginia Tech
January 28
L.A. Theatre Works presents The Mountaintop, a former Broadway play that looks at the life Martin Luther King Jr. and what may have transpired the night before his death on April 4, 1968 in Memphis.

25. Riverdance
Berglund Center
January 31
Riverdance returns to Roanoke in Virginia’s Blue Ridge as a stop on its 20th Anniversary World Tour. The show will feature the incredible dancing, costumes, and music that has made this one of the most well-known sounds and performances in the world.

Visit our Events Calendar to find out more about what’s going on this month. Don’t forget to check us out on social media and sign up to receive our free monthly e-newsletter.

David is the Director of Marketing for Visit Virginia's Blue Ridge. When he's not working, you can probably find David on an adventure with his wife, Nicole, trying a new restaurant, on an airplane, binge-watching a show, or hanging out with Abbey, his rockstar pet corgi. Have an idea for a blog post or a tip? Send David an e-mail.

Sign up for our monthly e-newsletter to keep up with all the exciting things in Virginia's Blue Ridge!

Enjoy the ride. Choose your own path. Be a #Trailsetter.

Get a FREE
Visitor's Guide

Want the latest on Virginia’s Blue Ridge? Securely sign up for our FREE e-newsletter: