Are you ready to celebrate Halloween in the Roanoke Valley in Virginia’s Blue Ridge?

It’s a week of spooky parties, celebrations, concerts and other special events where you can dress up in your best Halloween costume and get ready for a great time.

Between kid-friendly events that are fun for the entire family to parties that are intended for a mature audience, we have something for everyone.

The following is a list of 2017 Halloween events and celebrations in Virginia’s Blue Ridge.

Grave Dancers Burlesque - Spook Shack Shimmy
5 Points Music Sanctuary
October 27
It’s 18 and older for this neo-burlesque performance by the Grave Dancers, a group of tattooed and pierced ladies with a flair for the darker things in life.

Salem Halloween Special: Hocus Pocus Movie Night
Haley Toyota Field at Salem Memorial Ballpark
October 27
Get the family ready for movie night at the ballpark as the Salem Red Sox host a free showing of Hocus Pocus, the classic Halloween film that will put a spell on you.

Not So Spooky Spectacular
Kids Square
October 27-30
The new Kids Square Children’s Museum at Center in the Square presents four nights of a family-friendly Halloween celebration with dinner, trick-or-treating, craft-making, and other fun activities.

Murder & Mayhem
American Legion Building - Rocky Mount
October 28
Do you know about the Town of Rocky Mount’s history of ghost sightings and spooky encounters? You will after participating in this self-guided tour!

Halloween at The Park
The Park
October 28
Have a “bewitchingly good time” at this Halloween Bash at The Park, where over $1,500 in cash and prizes will be given away for things like “Best Costume,” “Best Group Costume,” and “Best New Drag.” 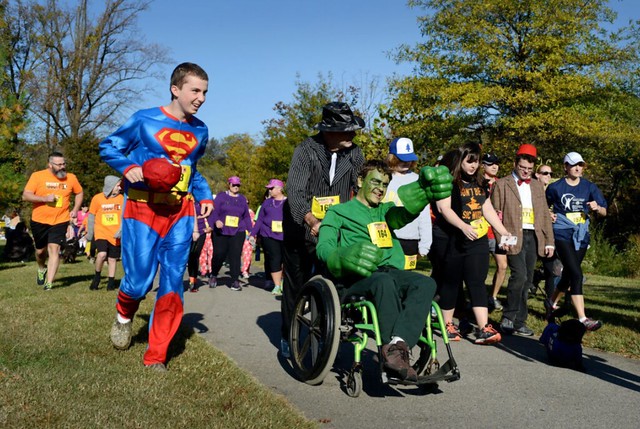 Zoo Boo
Mill Mountain Zoo
October 28
It’s a spooktacular celebration on the mountain at the Mill Mountain Zoo’s annual Zoo Boo event, featuring trick-or-treating, costume contests, and, of course, all the adorable animals at the zoo!

Dead of Night - Immersive Theatrical Ghost Tour
The Green Goat
October 29-30
Take a haunted journey through Roanoke’s historic Fishburn Mansion in a night full of ghost stories and encounters happening all around you.

Barter Theatre presents Ghost, Ghost, Come Out Tonight
Harvester Performance Center
October 31
The iconic Barter Theatre comes to the Harvester Performance Center in Virginia’s Blue Ridge with a production of “Ghost, Ghost, Come Out Tonight,” the story of friends who set off on a fun getaway in the woods only to become caught up in a murder and the search for a ghost.

Take a look at our Calendar for a complete list of upcoming events in Virginia’s Blue Ridge. You can also keep up with what’s going on in the region by signing up to receive our monthly e-newsletter and giving us a follow on our social media accounts.

David is the Director of Marketing for Visit Virginia's Blue Ridge. When he's not working, you can probably find David on an adventure with his wife, Nicole, trying a new restaurant, on an airplane, binge-watching a show, or hanging out with Abbey, his rockstar pet corgi. Have an idea for a blog post or a tip? Send David an e-mail.

Sign up for our monthly e-newsletter to keep up with all the exciting things in Virginia's Blue Ridge!

Enjoy the ride. Choose your own path. Be a #Trailsetter.

Get a FREE
Visitor's Guide

Want the latest on Virginia’s Blue Ridge? Securely sign up for our FREE e-newsletter: